Authors:
V. L. Hrima
V. L. Hriatzuala Sailo
Zodinliana Fanai
Samuel Lalronunga
C.Lalrinchhana
Zothansiama
H. T. Lalremsanga
Biodiversity and Nature Conservation Network (BIOCONE), Aizawl, Mizoram - 796001
Department of Environmental Science, Mizoram University, Aizawl, Mizoram – 796004
Department of Zoology, Mizoram University, Aizawl, Mizoram – 796004
Abstract:
This paper present the results of the nests survey of the King Cobra in the Aizawl District of Mizoram, India with data collected between the 2009 and 2012 during the nesting seasons. We collected data of location and elevation, nest dimensions, temperature and humidity inside and outside the nest, clutch size, egg size, and incubation periods of 17 nests located, eight had temperature profiles recorded. All nests were spotted between the months of April and July, with eggs at various stages of development and all of them have the female King Cobra sitting on them when located.

The king cobra, Ophiophagus hannah (Cantor, 1836), belongs to the monotypic genus of the family Elipidae. However, several distinct pattern and color morphs exist (Scott, 2008). It is considered to be the largest venomous snake in the world, capable of attaining a length of 4.8 m – 6 m (Campden-Main, 1970; Cox, 1991; Daniel, 1983; Schmidt and Inger, 1957; Zug, 1993; Romulus and Captain, 2008). In the wild, female King Cobra are reported to constructed a two-storey chambered nest from leaf litter and other plant material, the eggs being deposited in the lower chamber while the female, at times, may reside in the upper chamber (Loveridge, 1946; Schmidt and Inger, 1957). Female king cobras are reported to guard the eggs from potential predators (Campden-Main, 1970; Cox, 1991; Daniel, 1983; Loveridge, 1946; Gowri et. al., 2013). Male king cobras have also been reported to participate in guarding the nest (Loveridge, 1946; Schmidt and Inger, 1957). In the wild, a clutch size may be 20-43eggs (Daniel, 1983). The king cobra nesting season in India extends from April to July (Daniel, 1983). However, very little is known about the nesting ecology of the king cobra population of North-Eastern India.

The King Cobra nests surveyed between the years 2009-2012, were mainly informed by local people while collecting bamboo shoots and people having cultivation nearby the nesting sites. Apart from visiting, the local people were requested to monitor the presence of the mother with minimum disturbance. Temperatures of the nests’ chamber and surrounding atmospheric air were recorded using a manual mercury thermometer and the humidity using hygrometer, and the flora around the nests are recorded. The lengths of the females were estimated by noting the position of the coiled bodies and counting the numbers of coils as they lies on the nest. The diameter and height of the nesting chamber and the nest were measured using a measuring tape (least count = 1mm). The diameters of each nest were measured at two different positions (north to south and east to west) and the average was taken. Since the nests were located in a slope, the height is taken at two places - the up-slope and the down-slope and abbreviated as u/s and d/s respectively. The height of the nest chamber from the ground is abbreviated as c/h. The diameter of the nest and the diameter of the nest chamber are abbreviated as Ø n and Ø c , respectively. During the period of survey (2009-2012) 18 nests were monitored.

The year, first date of first sighting of the nest, place, coordinates and elevations of the nests are as follow (Table I):

The flora found around nearby the nests are as follow (Table II) :

All the nests are located on a well-drained slope in such a way that the flash flood cannot reach it. They are mainly located at the base of a bamboo thicket usually enclosing a bamboo tree or two, which seems to give extra anchorage giving more stability to the nest and any direct sunlight hardly reaches the nest at any given time of a day. The nests are all located near a source of fresh water, not more than 300 meters away from a stream or river. The sources of water may be perennial and non-perennial but, they all have regular flow throughout the nesting period.

The nesting materials consist primarily of dried bamboo leaves heaped up in a dome shape. The nest can be divided into three parts- i) Surface layer, ii) Mid-layer and iii) Nest chamber as shown in figure I :

Surface layer is formed as nature force like rain acted upon the nest compacting and binding the dead leaves together forming a partially impervious layer. The thickness of this layer increases with time. Mid-layer is loosely compacted as compared to the outer layer and are partially pervious. Nest chamber is located on the upper part of the mid-layer having a well clearance from the ground and the eggs are placed and incubated in this chamber.

The nesting season of the king cobra from the district begins from late April and may extend up to September which is slightly different from the previously reported nesting season of April to July (Daniel, 1983). The nesting seasons of king cobra may depend upon by the timing of rainfall in a year. In contrast to a female King Cobra reported to construct a two-storey chambered nest (Loveridge, 1946; Schmidt and Inger, 1957) all of the nest surveyed have only one chamber with the female king cobra coiling up above the nest guarding the eggs from potential predators (Campden-Main, 1970; Cox, 1991; Daniel, 1983; Loveridge, 1946; Gowri et. al., 2013). No male king cobra is sighted on and around the nest despite the report of male participating in guarding the nest (Loveridge, 1946; Schmidt and Inger, 1957).

A typical king cobra nest is as shown in figure II. Surface layer seems to prevent heat and water entering and escaping from the nest thus, maintaining the humidity and temperature of the nest. The mid-layer retains dampness and the decaying leaves of this layer seem to supply the required heat thus, maintaining the humidity and temperature within the nest chamber. The nest chamber contain the eggs and and provide space for the hatchlings before they leave the nest.

We thank the Department of Environment and Forest, Govt. of Mizoram for giving us permit to monitor the nests. We thank the Mr. Romulus Whitaker and Mr. Gowri Shankar of Agumbe Rainforest and Research Center for providing guidance and advice. We thank members of https://www.facebook.com/groups/Mizoramrul/ for their support and assistance in our survey.

We work for the conservation of nature & wildlife in Mizoram, India

Message from the Environment & Forest Minister 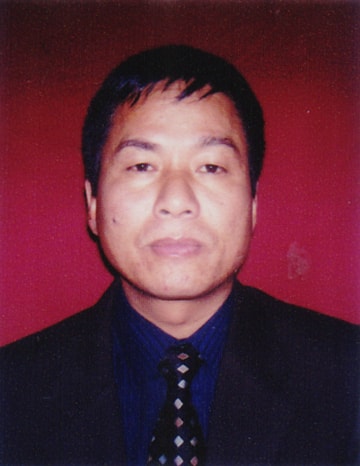